How Mature is your Cloud

Bloffin Technologies > News > Blog > How Mature is your Cloud

How Mature is your Cloud 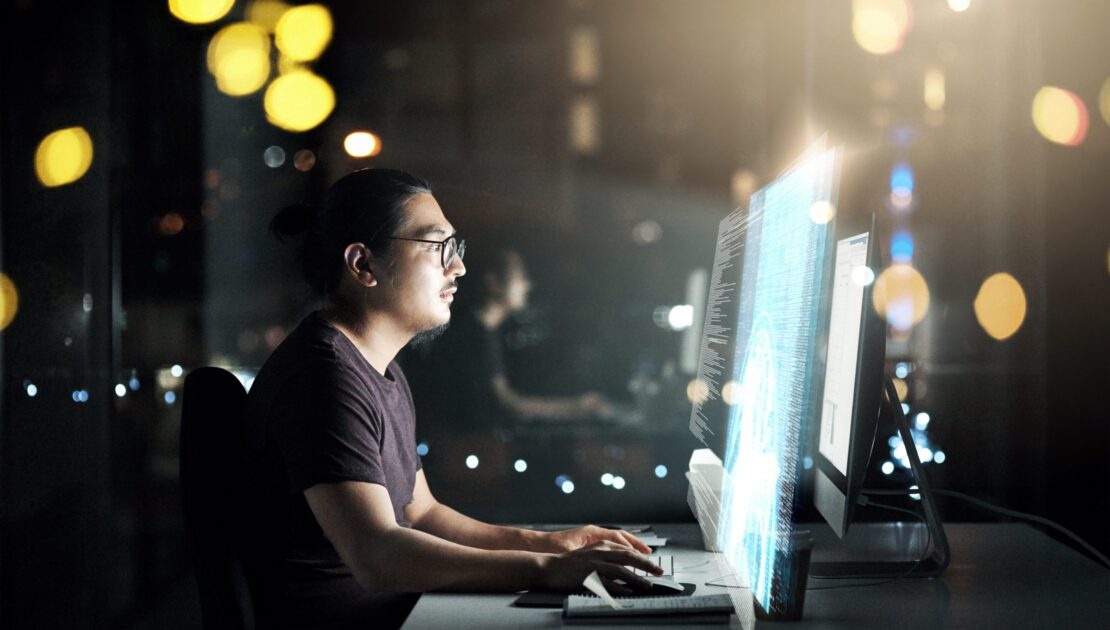 In with the new

Faster. Better. More secure. These are the current demands and expectations of the perpetually shifting landscape of technologies. Your customers no longer wait for big software releases every couple of years. They expect a constant stream of improvements, experiments and traditional software development patterns can’t keep up. We’re no longer building software for months on end to then manually push onto a server on-premises. We now favor services over servers, automation over manual work and virtualized servers we can create in seconds. The seismic changes of cloud migration, and ultimately cloud maturity, can be difficult to manage, but those who embrace the transition make themselves more agile and secure.

Organizations not only want to move faster but do it within a reasonable budget. The expanding demand for cloud services has delivered multiple options from many players. Migrating to Amazon Web Services (AWS), Google Cloud Platform, Microsoft Azure or another provider takes careful analyzing, planning and optimizing. But making your organization’s cloud mature can cost much less than traditional computing, and yield better performance and reliability as a bonus.

The map below can help you understand how mature your organization’s cloud is by mapping your current cloud state against the following eight factors.

Though all of the factors operate on a scale, you don’t need to go to the end of the scale for everything. Every organization is different. Successful cloud-native organizations land at different parts of each vector.

The four phases of cloud maturity

Need help mapping your cloud maturity? Dividing your cloud migration process into stages can help you make sense of the mess of considerations and put your organization on a path to success. By looking at a framework of cloud maturity, you can get clear on where you are now and where you want to go. Through mapping how organizations across industries successfully migrate to the cloud, we’ve outlined the key stages you can expect in your cloud migration journey. The phases we’ve outlined can serve as your guide to see where your organization stands, so you can make informed decisions on your cloud strategy moving forward. Keep in mind these aren’t concrete rules. Your transformation will look different from others, even those in your industry.

In this phase, your infrastructure is at square one. You likely have all of your servers located on-premises or in a data center through a colocation provider.

All of your data lives on servers, through file and database servers. These servers are bare metal, physical servers living in your data center.

You don’t leverage any continuous integration processes in your organization; code is typically in batches, which can make code errors more time consuming and tedious to locate.

Without automated deployment, you launch software releases in big packages. Developers manually code the final product with no automation deployment process or any tools in place.

You have dedicated physical servers churning through data on-premises. This is considered a single-tenant environment. While benefits of bare metal servers include security and customization, it’s expensive and difficult to scale.

Your applications are all conventional, which are operating system dependent and not nearly as scalable as cloud native apps. They also don’t use containers or virtualization at this point.

Observability and monitoring | Logging only

There is a current process for how you are logging, including aggregation, storage, quality control and analysis, but there is no application monitoring process in place. While logging is critical to ensure systems are functioning, it can’t help you with overall application performance.

At this stage, you’ll have no approval from the executive team to move to the cloud. This could mean that cloud conversations have not happened, or there is some resistance from leadership.

In the second phase of cloud maturity, you’re working with a limited hybrid infrastructure. While you’ve migrated some bare metal servers to virtual servers, most of your data—including a dedicated database server and file servers—are still in the data center.

You’ve developed a cloud data strategy and have started migrating low-risk workloads to the cloud. While some data is now living on a cloud environment, the bulk is still housed on-premises.

You have continuous integration tools and processes to automate code builds and testing, but you are still predominantly introducing code in batches manually.

At this level, some of your deployment may be automated, and you may have standards for deployment to the cloud. However, your company is still predominantly deploying manually, which requires human effort to move from development into production.

Your team is testing on-premises virtualization tools, with plans to expand the use of virtual machines. You have likely established an innovation team to lead the organization in testing and documenting virtualization and cloud migration.

You’ve successfully completed and documented a proof of concept, as well as migrated one or more lowrisk applications. While the high-risk, mission-critical applications are still housed on-premises, you’ve started groundwork for what migrating these bigger applications will look like.

Observability and monitoring | Some applications

While you’re primarily ensuring systems are functioning, your organization has (or is) deploying monitoring tools and processes to collect metrics and logs on some of your low-risk applications. This step is critical to getting results in observability because it’s impossible to create observability into a system that isn’t collecting the data you need.

Your executive team has agreed to the proof of concept, and is now watching for the results to determine the organization’s cloud future.

Hardware infrastructure | Half or mostly cloud-based

You’ve moved most servers to virtual machines, replacing traditional bare metal servers. Depending upon your organization and industry, you’re analyzing if all workloads can be cloud-based in place of applications hosted on a conventional server structure.

You have data living both on-site in database servers and in virtual machines or services in the cloud. Some organizations stay at this hybrid stage for strategic and security purposes. Specifically, you can make data scalable by housing it on a public cloud, while keeping the most sensitive data stored on a private storage environment.

Continuous integration | Half or mostly integrated

You’ve integrated on-premises and cloud-based applications, and should have some automation in place at this point for creating environments and moving software.

Deployment | Half or mostly automated

Few of your applications still need to be shipped manually, and most workloads are now automated from the development environment to staging and production. You can trigger deployment in one step.

Virtualization | All on-premises or partial in cloud

Applications | Half or mostly cloud-based

Your organization is considered a “hybrid” model. You should have several production-level applications currently in the cloud, and full integration between cloud and on-premises software packages.

Observability and monitoring | Half or most applications

You have expanded monitoring to most of your applications, with tools extracting and contextualizing application data to help your organization improve performance.

Your leadership has committed to cloud maturity, and your task now is to validate their decision. Executives usually stay involved in the process and need communication around successes (as well as failures) as they happen.

You’re operating in a “cloud-first” environment. You no longer have bare metal servers and your organization is able to scale efficiently as needed.

All of your data has been migrated to the cloud.

Development and innovation from your software teams are rapid and agile with continuously integrated software. Testing and code shipment are completely automated and baked into the overall workflow.

You’ve moved all of your virtual machines into the cloud, with no remaining servers on-premises.

Observability and monitoring | All applications

You’ve shifted focus to observability, self-healing and scaling. You should have consistent reporting from all of your systems in order to analyze issues and scale in the future.

You’ve delivered on your cloud goals, your leadership team is fully invested and now you’re maintaining and improving by optimizing continuously.

Having a solid understanding of where you are and where you want to be is essential. A good place to start determining your needs is at the industry level. What are others in your industry doing? Do you have any regulatory considerations that could impact how your data is stored? How large is your organization, and how fast are you growing? Asking questions like these can help narrow your focus and start building a plan. Without a concrete plan, cloud transformations can be very problematic. Taking things one step at a time and methodically working through the process will reduce risk and pain points.