Why AWS is the IBM for the cloud computing age 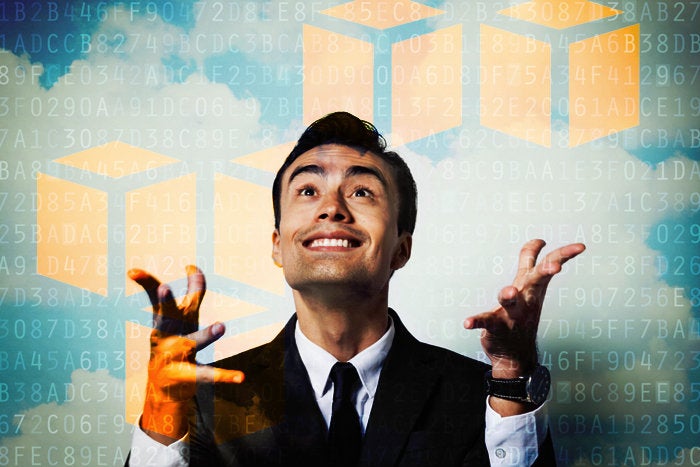 Scalable cloud computing that helps businesses get up and running quickly and securely means you’ll never get fired for buying Amazon Web Services.

Amazon Web Services (AWS) has emerged as the top infrastructure-as-a-service provider for large enterprises because of its stability and security, rich feature set, and track record hosting critical applications for enterprises. But its success isn’t based strictly on technology: It’s also become strategic in hiring former CIOs and CTOs to sell skeptical prospective customers.

That reality was clear this week at AWS’s customer event where Capital One announced that it had made AWS its predominant provider of cloud software through 2022 — a five year extension of a two-year deal it inked last year. “This was a strategic decision by us that AWS is an important partner for us and we’re willing to sign on for a longer term,” Capital One CIO Rob Alexander tells CIO.com. “Given their scale, pace of innovation and their customer orientation and the breadth of services we feel like they’re the right partner for us.”

Only a few years ago, AWS was a vendor that attracted startups such as Uber, Airbnb, Dollar Shave Club and others and a platform where developers working for large enterprises could to test their applications. Soon CIOs saw the speed with which their developers provisioned computing power and they began to think bigger: If they could run production workloads in AWS they could get out the business of running data centers.

Today, AWS is generating $13 billion a year in business, thanks to major deals with marquis customers such as Capital One, Matson, Under Armour, Liberty Mutual and several other big-name brands. And just as Big Blue once cultivated a reputation so sterling that it gave rise to the axiom “no one ever got fired for buying IBM,” today CIOs know they y won’t get canned for buying AWS.

Like many CIOs, Capital One’s Alexander was building a private cloud a few years ago. But he quickly scrapped those plans when he realized that public cloud services could offer better computing systems without the headaches of maintaining and supporting them. Developers convinced him that AWS was a worthy platform to consider. “It was that groundswell that initially led us to this partnership in 2015 and had sustained us and caused us to reinvest in that,” Alexander says.

Capital One hopes to reduce its data center footprint from eight facilities in 2014 to three by 2018. This will allow its thousands of software engineers to focus on building digital banking services, using machine learning capabilities better meet consumer preferences, as CIO.com reported last month.

Shipping carrier Matson is also betting big on AWS, announcing this week that it has closed all four of its on-premises data centers. It uses AWS to track shipping vessels and containers and run its custom-built order-to-cash booking and billing systems, terminal operations, global equipment management, logistics applications and customer website. Matson CIO Peter Weis says it marks the culmination of a years-long IT modernization project. “Having moved 100 percent of our enterprise applications from on-premises data centers to the AWS Cloud, we are now free to focus on further innovation,” Weis said in a statement.

Some CIOs prize AWS for its capability to help them get applications up and running rapidly and reduce capacity to match business cadence.

As the CIO of Hitachi Global Data Storage in 2013, Steve Phillpott used AWS to quickly spin up computing power to analyze manufacturing data on hard drives. Expediency and agility became more crucial as HGST merged with Western Digital, which in turn acquired SanDisk. Today, as the CIO of the combined Western Digital entity, Phillpott says he operates one of the largest instances of Cloudera Hadoop in AWS to run engineering simulations.

“On big data projects, you really need iterative development — get something up and running, add, test, in little sprints,” Phillpott tells CIO.com. “The Amazon environment allowed us to get something up and running quickly.” Conversely, AWS also made it easy for the company to reduce the number of servers used for computations with a few button clicks. “The flexibility I get from AWS architecture is really beneficial. That’s important because the Big Data space is changing so fast and we’re constantly adding new data sources.”

How AWS is winning over CIOs with CIOs

Speed, agility, time to market and other characteristics are table stakes for public cloud services. What makes AWS so attractive is its maturity — it’s been around since 2006 — as well as its fast pace of innovation, and, crucially, its proven track record hosting production apps for enterprises, says Lydia Leong, a Gartner analyst who covers the cloud computing market. A rich partner ecosystem and certification programs to train-up staff who lack experience working with cloud software also help, Leong says. “It’s leading-edge, feels safe and lots of help is readily available for customers,” Leong says.

There is another, less obvious reason for AWS’ success: In recent years it has quietly stacked its bench with former IT leaders who have implemented its technology. For instance, Dow Jones Stephen Orban became AWS’ global head of enterprise strategy in 2014. Douglas Menefee left his role as CIO of Schumacher Group to become an enterprise CIO advisor at AWS before leaving in 2015.

Most recently, there was the under-the-radar hire of Adrian Cockroft as vice president of cloud architecture in October. Cockroft became something a cloud computing wizard during his time as Netflix’ cloud architect, overseeing the creation of several open source tools that manage virtual servers in a cloud native architecture. Today Netflix operates its entire business on AWS.

Lining up such talent makes for a valuable tool to bring new customers into the fold, says Capital One’s Alexander. He says that transitioning to the cloud requires overcoming conventional wisdom and influencing very senior leaders, who then have to influence other executives, board members and regulators and make the case for why this is a sound strategy. “The ability to have folks who can speak that language, help develop arguments and make that case is a helpful approach for a company like AWS to be able to sell their services,” Alexander says.